Journalism Without Fear: Despite Threats to Press Freedom, Hope Remains 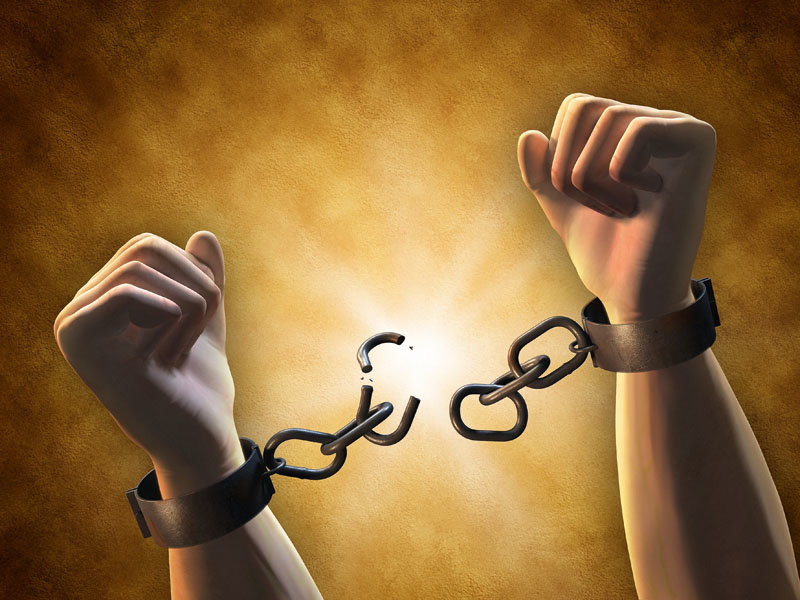 Editor's Note: This story was assigned and published in our June print issue before the attacks on journalists covering the protests over the killing of George Floyd took place. We support our fellow journalists on the ground and condemn any acts of violence against them.--NY

Last month, the media industry commemorated World Press Freedom Day on May 3 in the middle of a global pandemic. According to the United Nations Educational, Scientific and Cultural Organization (UNESCO), for nearly 30 years, World Press Freedom Day has acted as a reminder for governments to respect their commitment to press freedom; it has supported media which are targets for the restraint, or abolition, of press freedom; and it has remembered the journalists who lost their lives in the pursuit of a story.

This year, UNESCO launched a global campaign on media and social media channels, with a focus on “Journalism without Fear or Favour (sic)” in an increasingly complex media landscape.

“As the (COVID-19) pandemic spreads, it has also given rise to a second pandemic of misinformation, from harmful health advice to wild conspiracy theories. The press provides the antidote: verified, scientific, fact-based news and analysis,” UN Secretary-General António Guterres said on the UNESCO website.

Now more than ever, we know that freedom of the press is imperative.

No country’s administration has a perfect relationship with the media. Nevertheless, President Trump administration’s hostility towards the U.S. press seems to be unmatched. His weapon are his harmful words, in particular the ones he spread on social media.

According to the U.S. Press Freedom Tracker, a database of press freedom incidents in the U.S., on April 11, Trump reached his 2,000th attack on the media when he tweeted in regard to a New York Times’ report which traced the origins of New York COVID-19 cases to Europe and not China.

“According to our analysis of more than 19,400 of Trump’s tweets, 2,000 means that he has, on average, tweeted negatively about the press more than once a day for the past 4.5 years,” the report stated. 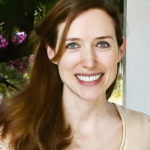 “These kinds of relentless attacks can take a toll, and we know that that was the president’s aim because he told (CBS News correspondent) Lesley Stahl that the goal was to undermine journalists so that when they wrote negative stories about him people wouldn’t believe the stories,” said Sarah Matthews, staff attorney for the Reporters Committee for Freedom of the Press (RCFP).

She pointed to a recent Pew Research Center report which showed that while Democrats’ trust in many news outlets has remained stable or increased since 2014, Republicans have reported greater distrust for 14 of 20 news sources that were highlighted, including CNN, the New York Times and the Washington Post—three frequent targets of Trump’s criticism.

One of the most chilling effects of Trump’s rhetoric is the impact that it has had on press freedom worldwide. Countless examples exist. “The Trump Administration and the Media,” a report written by former Washington Post editor and current Arizona State University professor Leonard Downie Jr. published in April, provides a good snapshot. According to the report, between January 2017 and May 2019, at least 26 countries have enacted or introduced laws and government rules restricting online media and journalists access in the name of fake news.”

“When the President of the United States is saying it’s okay to attack the media that they are the ‘enemy of the people,’ that they are ‘fake news,’ you’re going to see authoritarian leaders around the world take that and run with it,” Matthews said.

The Law and the Press

Last year, journalists in the U.S. saw 27 subpoenas, nine searches and seizures, seven prior restraints and nine arrests, according to the U.S. Press Freedom Tracker. Unfortunately, there are many ways that governments and/or government officials have attempted to use legitimate laws to attack the press. 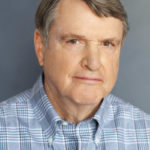 New York Times national security reporter Scott Shane told Downie in his report, more sources have begun to utilize encryption tools. However, it’s clear that the point is to discourage sources from even coming forward.

Julian Assange, the founder of WikiLeaks, who obtained secret military and diplomatic documents and published them on the WikiLeaks site in 2010 was also charged of violating the Espionage Act. In May 2019, he was indicted on 17 counts of violating the law.

“That’s one of the most significant and disturbing things that we’ve seen because the multiple charges against Assange is for the simple act of publishing government secrets, and that is the first time in history that the government has actually obtained an indictment on that theory,” Matthews said. “So, this could have future implications for the press because that’s the job of a journalist—to publish what the government is doing.”

Journalists in many other countries also struggle against the government’s laws. In China, President Xi Jinping has “succeeded in imposing a social model in China based on control of news and information and online surveillance of its citizens,” according to the Reporters Without Borders (RSF) 2020 World Press Freedom Index. In addition, the country’s state and privately-owned media are under the Communist Party’s close control, and foreign reporters face many obstacles.

In March, RSF called on Chinese authorities to end their harassment of foreign reporters after a Foreign Correspondents’ Club of China report revealed that in 2019, foreign journalists were experiencing an increase in harassment and acts of violence. For example, 82 percent of the survey’s respondents experienced “interference, harassment or violence;” 51 percent were obstructed by police or officials; and 28 percent were placed under physical surveillance at one point or another.

The Guardian recently reported that in Egypt, as the numbers of coronavirus cases continue to rise, the government has strengthened its control over what kind information is reported. Those who spread “false news” about the coronavirus may face up to five years imprisonment and steep fines. The Guardian reported that at least 12 individuals have been caught in this crackdown.

The article also points out that journalism has become a crime over the past four years in the country, that is according to Amnesty International, a non-governmental organization focused on human rights. The group has also recorded many journalists that have been detained in recent years under a broad 2015 counterterrorism law which expanded the definition of terror to include all kinds of opposition.

Tech giants in the U.S. have faced criticism to fix the issue of misinformation—particularly after the 2016 presidential election, which led Facebook to create a network of fact checkers and other methods to flag fake news. However, in many other countries, press freedom has suffered greatly because of misinformation.

Recently, Singapore adopted a law to “prevent the electronic communication in Singapore of false statements of fact.” CNN explained that under this law, government ministers can decide whether to order “something deemed fake news to be taken down, or for a correction to be put up alongside it.” In addition, companies like Facebook and Google can be ordered to block accounts or sites spreading false information.

The COVID-19 pandemic has only ramped up the spread of misinformation. In response, U.S. tech companies are ramping up their efforts. Twitter recently broadened its definition of harmful content to include denials of global or local health recommendations, while other countries are passing strict laws prevent free speech.

As reported by the Committee to Project Journalists (CPJ), Puerto Rico’s Governor Wanda Vázquez recently signed an amendment to the island’s Public Security Law. The revision makes “it illegal for media outlets or social media accounts ‘to transmit or allow the transmission’ of ‘false information’ relating to government proclamations or executive orders concerning COVID-19 or other disasters.”

While the intentions might be pure, these new regulations threaten journalistic practices by allowing government officials the power to decide what is fake news or misleading information.

While journalists around the world continue to do their work, it’s important to educate the public about the importance of a free press. Fortunately, there are already efforts like this within the industry. An example is the Washington Post’s Press Freedom Partnership initiative which, through complimentary advertising, highlights organizations like CPJ and the International Press Institute.

These organizations work diligently to defend journalists and the free press, especially in authoritarian countries. They can provide much needed support in countries where journalism has suffered blows as a result to the misinformation crisis. It’s vital that the industry continues to support these organizations.

The recent COVID-19 pandemic has only agitated the news industry’s financial issue, leading to substantial cutbacks, layoffs and furloughs in newsrooms around the world. In April, the New York Times reported an estimated 36,000 employees of news media companies in the U.S. had been laid off, furloughed or had their pay reduced.

However, there is hope. 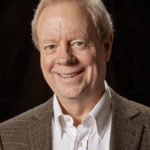 Multiple organizations have jointly called on Congress to provide support to journalism in the next coronavirus stimulus bill. The Seattle Times has also made a call to Congress through their Free Press Initiative (which reports on issues the free press faces and advocates for policy change) to help see journalism through the pandemic. Inspired by the free press system that the Founding Fathers created, which included government subsidization, publisher Frank Blethen started the Free Press Initiative to “re-establish America’s free press in a modern era.”

In the call to Congress, Blethen outlines reforms for getting the press through the current pandemic and the longer term. First, he writes, “Congress should provide significant stimulus funds based on newsroom head count to all daily newspapers regardless of their ownership or affiliation.” To participate, newsrooms will need to maintain staff for six months and those that do will receive a second round of funds.

Matthews also brought up the progress in New Jersey to implement a model for local news. As reported by Nieman Lab, the plan is to create community information districts nationwide, “which would collect tax-like funding from residents (and) use it to support local journalism and other information goods.”

On the other hand, Blethen thinks a free press fund should be created and funded by a fee made on the ad revenue from major internet platforms like Facebook and Google. In addition, Blethen calls for ownership reform to prioritize local ownership. When asked about the future of press freedom, Blethen was also adamant that the government provide relief if journalism is to survive the next several months.

“If we do the right things, I think we’ll see a very rejuvenating free press within the next five years,” he said.

However, Matthews said that at the end of the day, those in the U.S. are fortunate that they are the home of the First Amendment.

“Free speech and free press principals are deeply ingrained in U.S. culture and I think we will prevail,” Matthews said. “We have a strong, a very robust, independent and diverse news media. And I think they will continue to do their jobs.”

After protests erupted across the nation in response to the killing of George Floyd, a Black Minnesota man who died in police custody, conversations about representation took precedence in newsrooms …

Fund for Black Journalism Will Support Black-Owned Media Outlets
Ten Black-owned media organizations have joined forces with the Local Media Association (LMA) to launch the Fund for Black Journalism, an initiative to reimagine and support the Black press. The …
Former Deadspin Staffers Start Defector Media
Last year, the media industry watched a dispute heat up between the staff of Deadspin and higher-ups at G/O Media, the parent company of the sports website, when deputy editor Barry Petchesky was …

OPB Seeks Producer for “Think Out Loud®” - Portland, OR

The quest for clicks has diminished the value of quality, thoughtful information and content. Real journalists and thoughtful content creators are often drowned out on social media platforms by bots …

Pivoting From Substance to Style

News Comments: What Happens When They’re Gone or When Newsrooms Switch Platforms